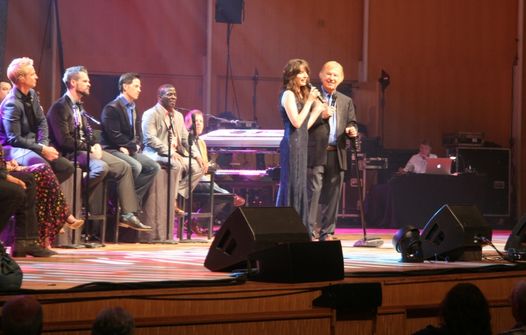 Sherry Anne was born with a bilateral hearing and speech impairment.

Challenged with this and other obstacles early in life, she pursued and achieved beauty pageant crowns, athletic awards, academic scholarships, and became a Doctor of Chiropractic. Yet, Sherry Anne still had a longing - an emptiness - that only the love of her Heavenly Father could fill, and He did!  Today, her ministry encompasses music and inspirational speaking, bringing the message of God’s unconditional love, mercy, and saving grace to diverse audiences.

An effective communicator, Sherry Anne blends the influence of traditional and contemporary music styles as she shares her personal story of overcoming adversity and finding victory through Christ. She is a featured guest for women’s and singles' conferences, concerts and other venues across the U.S., Canada, and Mexico. A few of the artists she has appeared with include: Bill Gaither and the Gaither Vocal Band, Jason Crabb, Sidewalk Prophets, Restless Heart, Sarah Groves, Gordon Mote, The Martins, The Hoppers, The Collingsworth Family, The Booth Brothers, Triumphant Quartet and many others.

“Singing This Song To You” (Sherry Anne co-wrote)

• Reflections: Songs Through the Years:  (produced by George Hairr)

• Thank You  (produced by Woody Wright)

"Anybody from the music field knows this: to sing you have to be able to hear, and how this young girl does this, I do not know. She has a terrific voice" - Bill Gaither, Songwriter of the Century, Grammy and Dove Award Winner.

“. . . trusted, totally dedicated to excellence in ministry and in her resolve to live life worthy of the calling with which she has been called” — Pastor/author Gary Allen VanRiper, Camden Wesleyan Church, Camden, NY

“Whatever you do, do all to the glory of God”